Featuring some of the best-loved bears in children’s literature, these leading titles are sure to take up a special place in your child’s heart.

The Winnie-the-Pooh collection by A.A Milne

If you have not read this literary gem to your kids yet, they are missing out on something big! It has been 91 years since A.A Milne’s timely classic was published in 1926, but Christopher Robin and Pooh are two fictional characters whose names have stuck through generations.

Pick up this bestseller when you visit us next- and find out why Pooh has been named the Bear for All Ages- in our collection of stories with Pooh, his friends and their adventures in the Hundred Acre Wood.

In this story Pooh gets into a tight place, nearly catches a Woozle and heads off on an ‘expotition’ to the North Pole with the other animals.

In this stunning edition of Winnie-the-Pooh, A.A. Milne’s world-famous story is once again brought to life by E.H. Shepard’s illustrations. Heart-warming and funny, Milne’s masterpiece reflects the power of a child’s imagination like no other story before or since.

The House at Pooh Corner

This is the second classic children’s story by A.A. Milne about Winnie-the-Pooh and his friends in the Hundred Acre Wood. In this volume Pooh meets the irrepressible Tigger for the first time, learns to play Poohsticks and sets a trap for a Heffalump.

When We Were Very Young

Curl up with A. A. Milne’s classic book of poetry for children, When

We Were Very Young. This is the first volume of rhymes written especially for children by Milne – as popular now as when they were first written.This collection is a heart-warming and funny introduction to children’s poetry, offering the same sense of humour, imagination and whimsy that we’ve come to expect from Milne’s favourite books about Winnie-the-Pooh, that Bear of Very Little Brain.

Now We Are Six

Curl up with Winnie-the-Pooh and Christopher Robin in A. A. Milne’s classic book of poetry for children, Now We Are Six.

This work includes poems for children which feature Pooh helping Christopher Robin with his schoolwork (if helping is the word). It is an evocation of childhood, through the eyes of the six-year-old Robin.

Listen to a sample of “Now We Are Six” here.

The classic novel about Paddington—who’s now a major movie star!

Paddington Bear had traveled all the way from Peru when the Browns first met him in Paddington Station. Since then, their lives have never been quite the same . . . for ordinary things become extraordinary when a bear called Paddington is involved.

First published in 1958, A Bear Called Paddington is the first novel by Michael Bond, chronicling the adventures of this lovable bear. Paddington has charmed readers for generations with his earnest good intentions and humorous misadventures. This brand-new edition of the classic novel contains the original text by Michael Bond and illustrations by Peggy Fortnum.

My Father is a Polar Bear- Michael morpurgo

“Look at the polar bears,” said Terry. “You see that one on the left, the fatter one? That’s our dad – our real dad. But you’re not to tell.”

Drawing on Michael Morpurgo’s own childhood experience of first seeing his real father on television, My Father Is a Polar Bear tells the story of two young brothers rediscovering their birth father in the most unlikely of places – and in an entirely unexpected guise!

A warm and delightful tale of family bonds and love told by a master storyteller and beautifully illustrated by a talented new artist.

Great for starting conversation with your children or grandchildren. -Daily Mirror 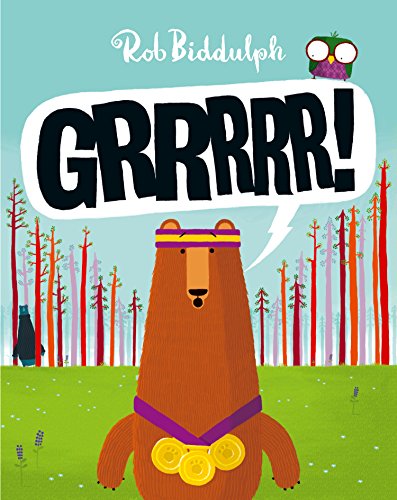 the best bear in the wood and, just maybe, learn that there might be more to life than training…

Each year, for as long as the forest has stood,
A contest is held for the bears of the wood…

And Fred is the champion. He’s just that good.

Fred is the Best Bear in the Wood – and he’s got the medals to prove it. Being the best takes a lot of hard work, and time on your own, but Fred doesn’t mind.
Until a new bear moves to town, and Fred’s champion GRRRRR goes missing… How will he ever win now? Or will Fred instead learn that some things are more important than winning?